A Picture Paints a Thousand Words

Does the Church today look the way God intended it?

Have you ever heard the phrase, “a picture paints a thousand words?” This phrase took on a new meaning for me over the past several weeks, because if there’s anything our nation has been exposed to recently, it’s pictures. Gut wrenching pictures that have produced not just a thousand words, but millions. One such picture, showing the tragic and avoidable death of George Floyd, a black man who died at the hands of a white Minneapolis police officer, has illuminated the deeply rooted sin of racism in our country and in our world.

It feels like our country is in the wilderness, just like the nation of Israel centuries ago. When you find yourself in a wilderness season, it’s easy to ask the question, “how soon can I get out of this?” However, I think the better question we should ask ourselves is, “God, what are You trying to say to us through this?”

I’d like to take a moment to tell you what I’m learning right now. It’s not pretty. Our country is in a battle of racism and prejudice. However, if there is anything good to come out of battles, it’s that battle lines create border lines. I believe each generation fights battles that become the next generation’s border.

You can see examples of this in history. America’s Civil War led to the emancipation of all people held as slaves. That battle created a new border—freedom for all. However, that wasn’t the end, because the border was not where it needed to be yet. On July 2, 1964, the Civil Rights Act was signed after a battle led by Dr. Martin Luther King Jr. This battle created a new border that said freedom alone wasn’t good enough—it was the end of segregation and discrimination in public places. Yet again, the border moved, but yet again, it was still not where it needed to be.

I hear all too often that because of the work of Lincoln, Dr. King, and others like them, that racism is no longer a problem for our country. But I know that isn’t true. The truth is, we’ve come a long way. Many battles have been fought, generation after generation. And each battle has moved the border closer and closer toward justice. Now, it’s our turn. The battles we fight today against racism, will become the borders of freedom our children have tomorrow.

So how do we fight this battle? I’d like to submit three strategies that we can implement to fight the battle against racism and prejudice.

Something that makes me laugh is looking at people’s social media profile pics. Have you ever seen someone’s profile picture and it looks nothing like the pictures they post of themselves on a day-to-day basis? Now let’s look at the “profile pic” of the Church. Many refer to the day of Pentecost, described in the book of Acts, as the day the Church was birthed. In Acts 2­, we are given a “profile pic” of the crowd represented on that day. Peter stood up, he preached the gospel message, and more than 3,000 were saved that day. This passage describes people from various nations, cultures, and languages who were being reached by the early Christians.

Pardon the analogy, but it’s as if God stepped down out of heaven in verse 9–11 to upload the profile pic of what the first church would look like. Sometimes I wonder if the Church doesn’t look like her profile pic. In fact, Dr. Martin Luther King Jr. once said, “It is appalling that the most segregated hour of Christian America is eleven o’clock on Sunday morning.”

Let me say that there is no perfect church. And if you’re waiting on the perfect church, you’ll be waiting till the day you die. However, as leaders of churches, we can all become more aware of our original profile pic and strive in every way to make sure we honor and strive to be more like that picture in our diversity.

When you get married to someone, there’s a point at which you might end up at their family reunion. Inevitably, someone will go get the photo album, and it will give you a chance to see your spouse’s terrible childhood pictures. These pictures give you a perspective on their background which then gives you the ability to develop a deeper love and appreciation of your spouse. The same goes for people who don’t look like we do. Gaining a perspective on someone’s background will help us gain an appreciation for who they are. But if we fail to look back to see a picture of where people have come from, our ability to truly know them will be limited to our own assumptions.

You might think to yourself, “What can I do? I’m only one person.” November 9, 1989, marked the end of communist rule that had kept East Berlin shut in from the rest of the world for nearly 30 years. Though communism fell that day, the Berlin Wall still divided East and West Berlin until demolition crews removed it nearly a year later. However, some Berliners determined that they were not going to wait for someone else to tear down the wall. They came to the wall every day with small hammers and chisels and began chipping small, seemingly insignificant chips out of a giant, impassable wall. This group was so persistent and determined that they became known as the Berlin Wall Woodpeckers. Over time, holes started showing up in the wall and eventually they became unofficial crossing points.

Each of us play a role in turning this battle into a border. We may not be able to take down the entire wall, but we can all pick up a hammer and chisel and play a part. I may not be able to pinpoint the root of systemic racism and end it, but I can sure tell my kids about racism and prejudice and end it for the Chasteen family. I can take a stand when coworkers, friends, and family members make racially charged jokes. My chisel can make a dent that can eventually turn into a hole where division ends, and unity begins.

What an amazing opportunity for the local church to model unity for the world. The picture we paint during these times are worth a thousand words. Whether you are in fulltime ministry or a follower of Christ in the marketplace, we are the Church. Take your place on the battle lines of racism and let’s turn this battle line into a border line. 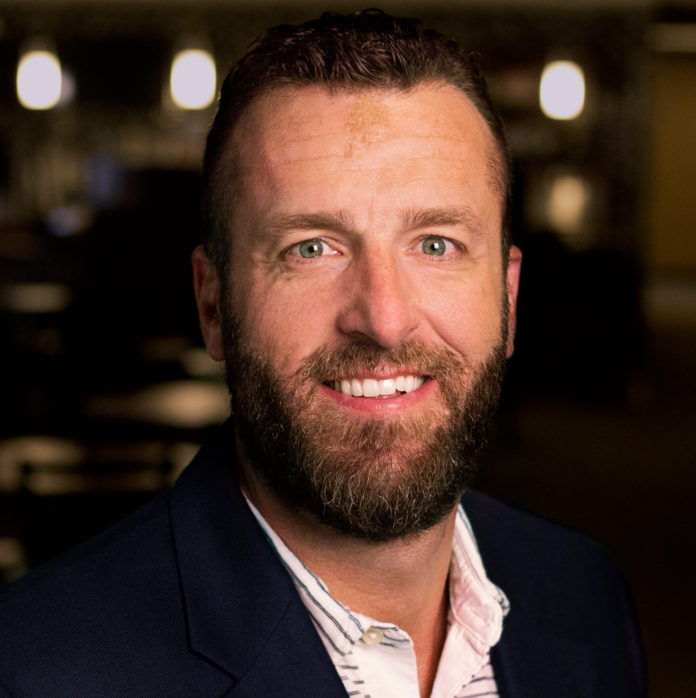